On technology, what I’ve seen during this disinflationary period is the concentration of economic power into a few corporate hands. Once they have cleared the playing field of their competitors, they could ratchet up prices to decompress margins. So I am not sure these technological disruptions will continue to bring disinflation. 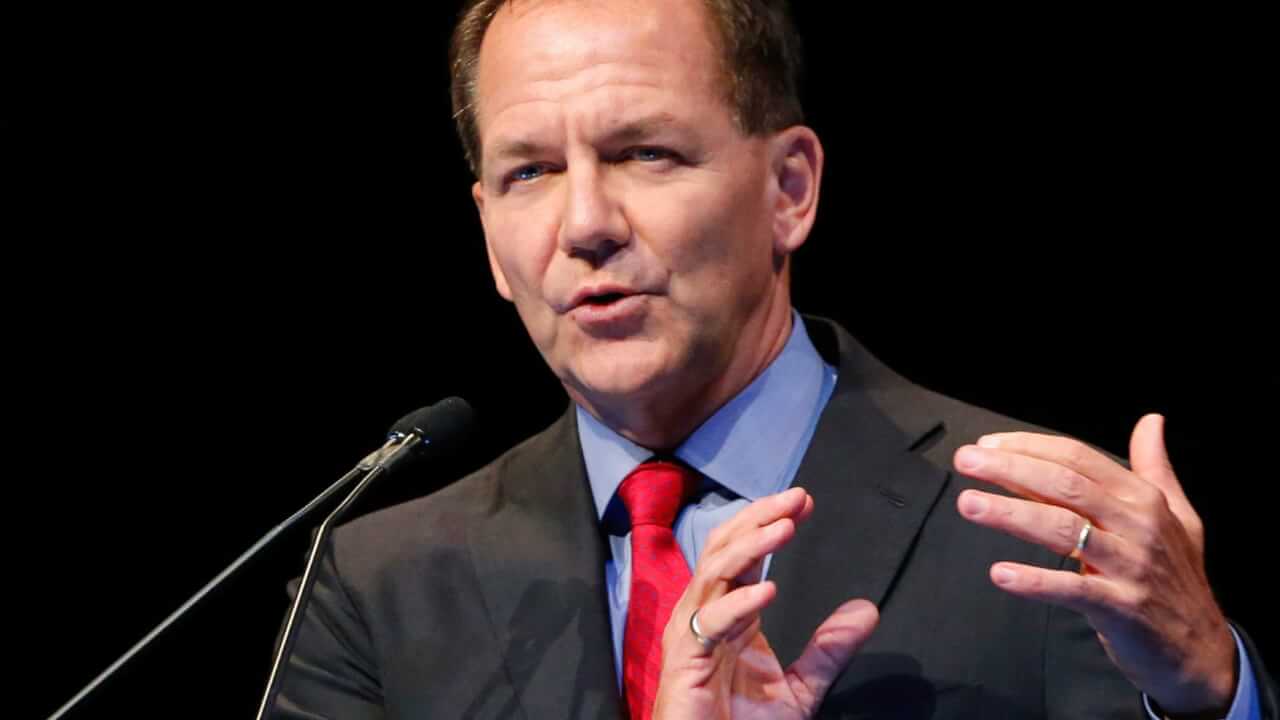 I think that it is highly likely that sometime in the next few years, 1) central banks will run out of stimulant to boost the markets and the economy when the economy is weak, and 2) there will be an enormous amount of debt and non-debt liabilities (e.g., pension and healthcare) that will increasingly be coming due and won’t be able to be funded with assets. Said differently, I think that the paradigm that we are in will most likely end when a) real interest rate returns are pushed so low that investors holding the debt won’t want to hold it and will start to move to something they think is better and b) simultaneously, the large need for money to fund liabilities will contribute to the “big squeeze.” At that point, there won’t be enough money to meet the needs for it, so there will have to be some combination of large deficits that are monetized, currency depreciations, and large tax increases, and these circumstances will likely increase the conflicts between the capitalist haves and the socialist have-nots. Most likely, during this time, holders of debt will receive very low or negative nominal and real returns in currencies that are weakening, which will de facto be a wealth tax.

For now, these proposals (on both sides) should be thought of as nothing more than campaign talking points although they do paint a stark picture of how the two sides will approach fiscal policy in 2021. Note that neither Dems nor Republicans seem to care about deficits - Dems will take all the incremental tax dollars, and then some, and plough it into spending while Trump’s White House seems perfectly comfortable running astronomical deficits during a period of healthy economic growth. While the “Modern Monetary Theory” has been justifiably criticized, the US, along w/Europe and Japan, are gradually adopting such a policy (as fiscal profligacy is countenanced by the support, implicit and explicit, of monetary authorities). The “bond vigilantes” of the ‘90s didn’t react to deficits but instead deficit spending-induced inflation - until the latter returns (if the latter returns), the vigilantes will remain dormant.

Investors can take heart that we’ve counteracted this existential shock with the greatest fiscal, monetary bazooka. It’s not even a bazooka. It’s more like a nuclear bomb . . . We did in two weeks what it took the Fed eight months to do in 2009 . . . and my guess is we’ll be back with a bigger fiscal package somewhere down the road. 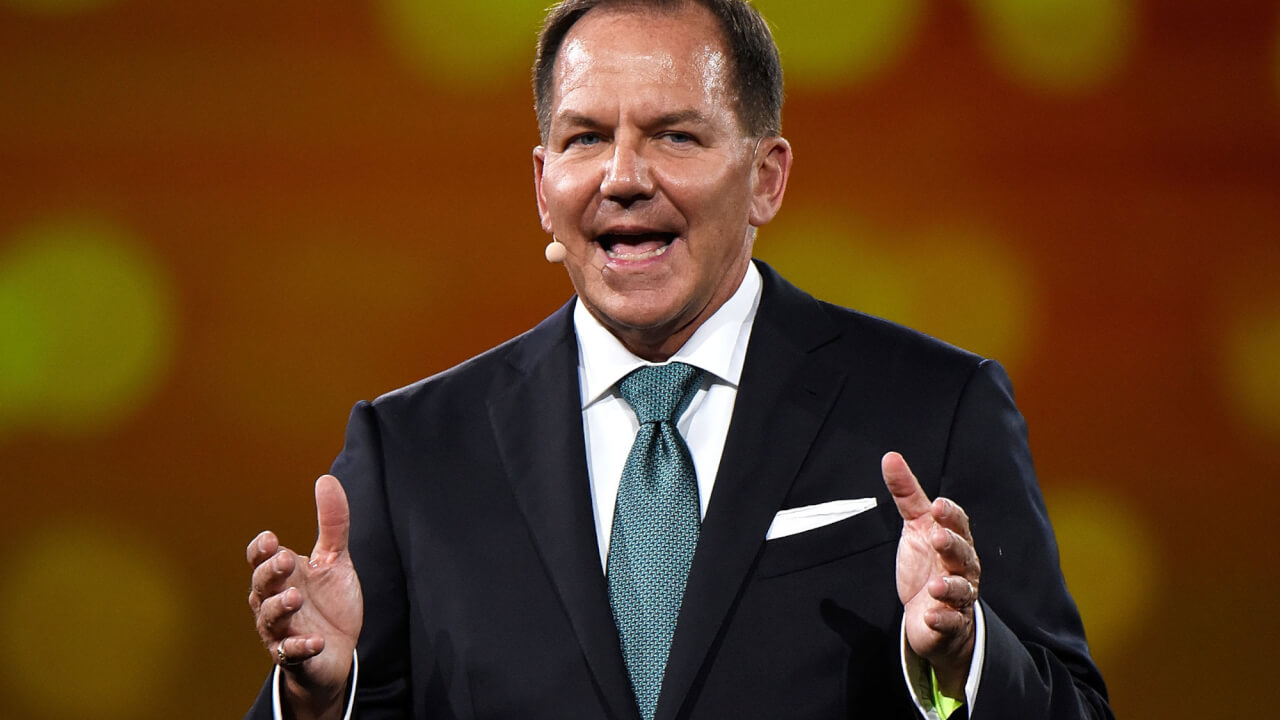 The deficit that the US government is now going to have will be over 20% of GDP and the amount of printing of money and debt-buying that the Fed will do will bring its debt holdings to something like 30% of GDP, which is greater than it was at its peak in World War II.

The Mechanics of the War Economy

As previously explained the Big Cycle of rising and declining empires and their reserve currencies is a cycle that begins with a new world order that comes after a war in which a) there is an environment of peace, prosperity, and productivity in which debt growth is allocated well and sustainably (i.e., most debts are used productively to produce incomes that are greater than debt service so most debts are paid back), equities do well, and the society gets rich with individuals benefiting from the prosperity, though they benefit disproportionately, which eventually leads to b) excessive debt growth to finance speculation and over-consumption, which results in incomes being inadequate to service the debt, which leads to c) central banks lowering interest rates and providing more credit, which produces greater wealth gaps and more over-indebtedness, until d) over-indebtedness becomes so large and central banks lose their ability to create credit growth that produces self-funding debt growth (i.e., in which debts don’t accelerate relative to the incomes needed to service them without central bank subsidies), which e) produces severe economic downturns with large wealth gaps that lead to internal conflict and leads to f) lots of printing of money, big debt restructurings, and big wealth distributions via tax changes g) that create financial, economic, and political vulnerabilities for the leading power relative to emerging powers that lead to wars that define the winners and losers and produce the new world order. 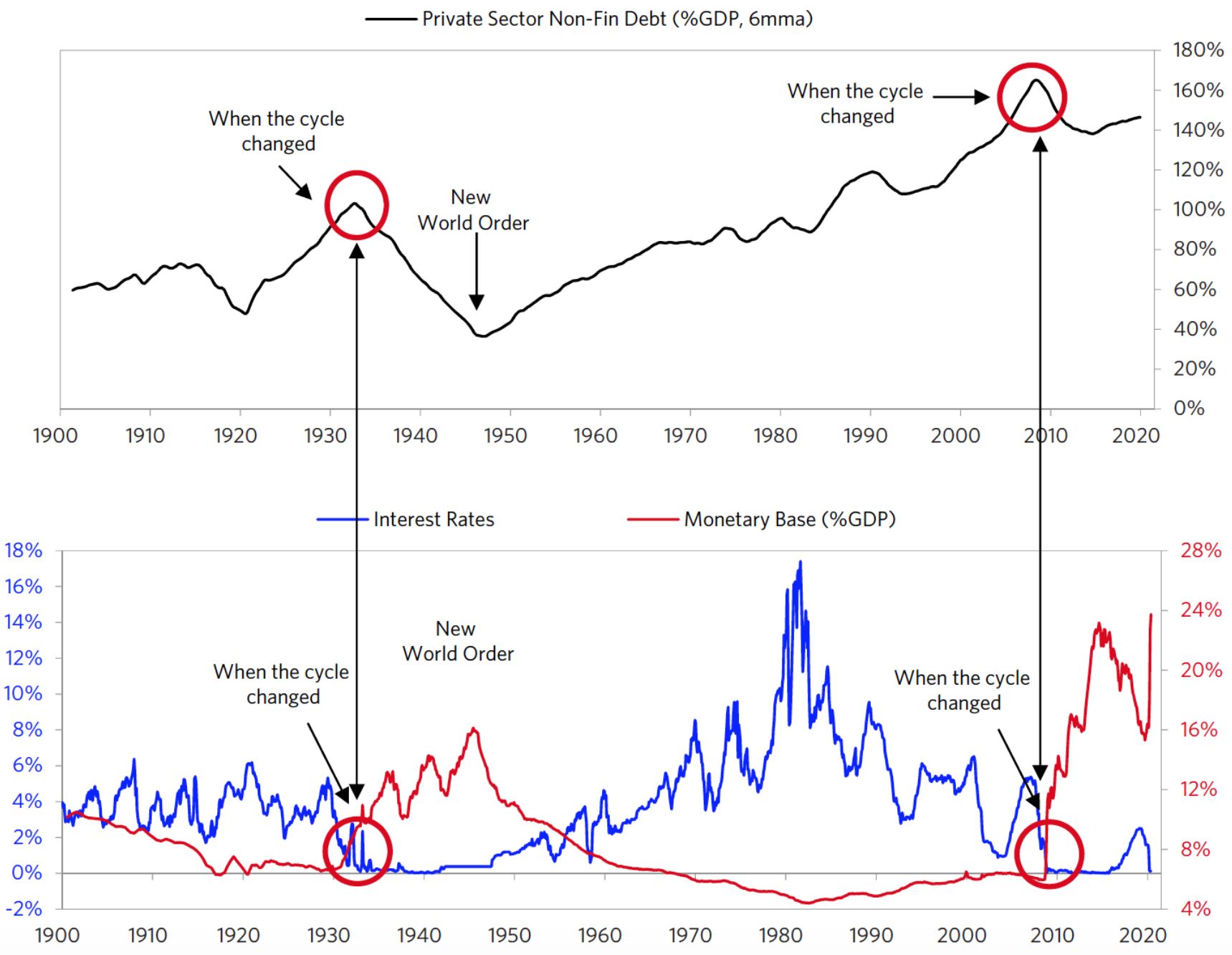 China is far from the only major country with a demographic problem—the U.S. fertility rate dropped to just 1.64 in 2020. But what is striking about the latest Chinese figures is how fast they are now diverging from previous estimates. According to official figures, China’s population between 15 and 64 years of age was 967 million in 2020—down a full 35 million from 2015. The latest version of the United Nations’ core fertility scenario assumed China wouldn’t drop to that level until well after 2030. 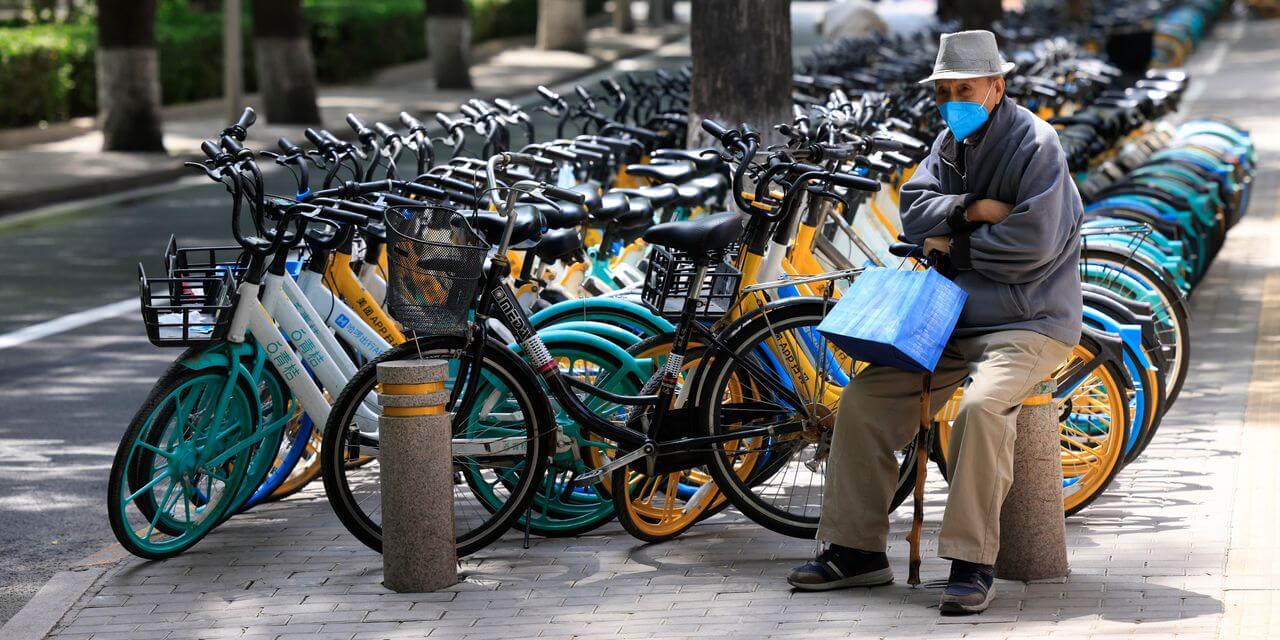 I agree with the general consensus of progressive economists that it would have been much better if the Obama administration had been able to legislate a much larger fiscal stimulus in early 2009, in response to the Great Recession. Yet a comparison of the 2009 stimulus and what is now being proposed is instructive. In 2009, the gap between actual and estimated potential output was about $80 billion a month and increasing. The 2009 stimulus measures provided an incremental $30 billion to $40 billion a month during 2009 — an amount equal to about half the output shortfall.
In contrast, recent Congressional Budget Office estimates suggest that with the already enacted $900 billion package — but without any new stimulus — the gap between actual and potential output will decline from about $50 billion a month at the beginning of the year to $20 billion a month at its end. The proposed stimulus will total in the neighborhood of $150 billion a month, even before consideration of any follow-on measures. That is at least three times the size of the output shortfall.
. . . while there are enormous uncertainties, there is a chance that macroeconomic stimulus on a scale closer to World War II levels than normal recession levels will set off inflationary pressures of a kind we have not seen in a generation, with consequences for the value of the dollar and financial stability. Opinion | The Biden stimulus is admirably ambitious. But it brings some big risks, too.

Americans’ expectations of future inflation hit a record high last month, according to a new report from the Federal Reserve Bank of New York, potentially challenging the central bank’s confidence that inflation pressures will ebb over time.
In its August Survey of Consumer Expectations, the bank said Monday that respondents see inflation a year from now at 5.2%, up from expectations of 4.9% last month. Three years from now, it is expected to be at 4%, up from the 3.7% expected in July. Both readings mark record-high readings for data that goes back to 2013. 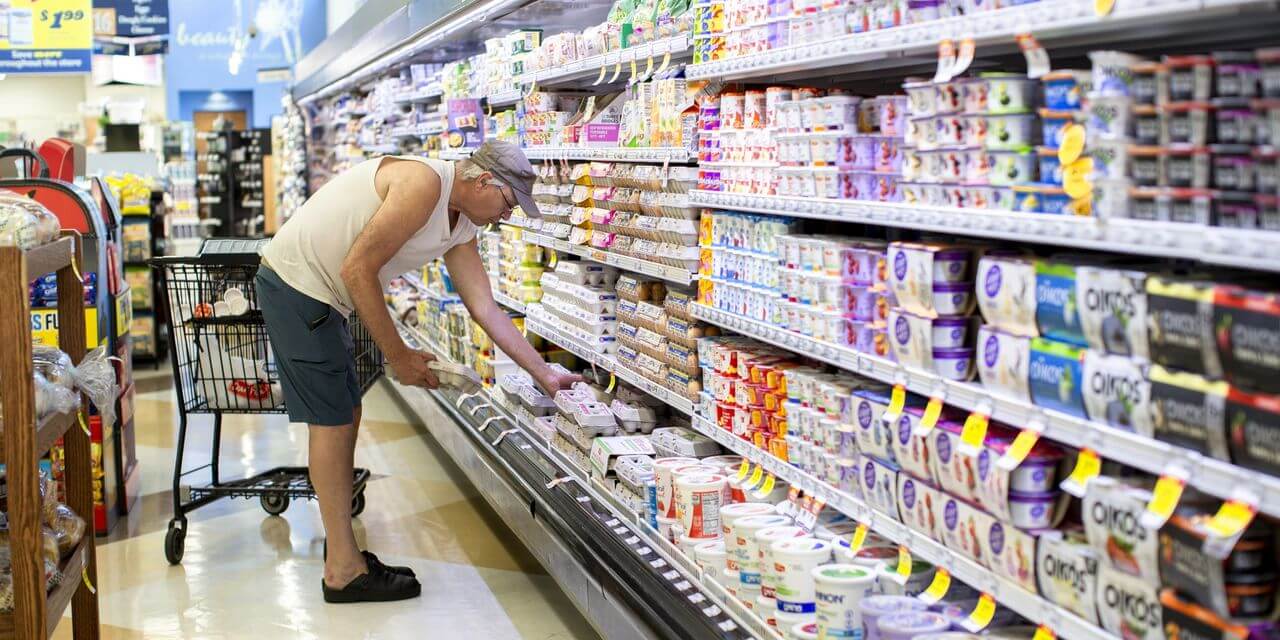 The Federal Reserve’s preferred gauge of inflation climbed in August at the quickest pace in 30 years, data released on Friday showed, keeping policymakers on edge as evidence mounts that rapidly rising prices are poised to last longer than practically any of them had expected earlier this year. 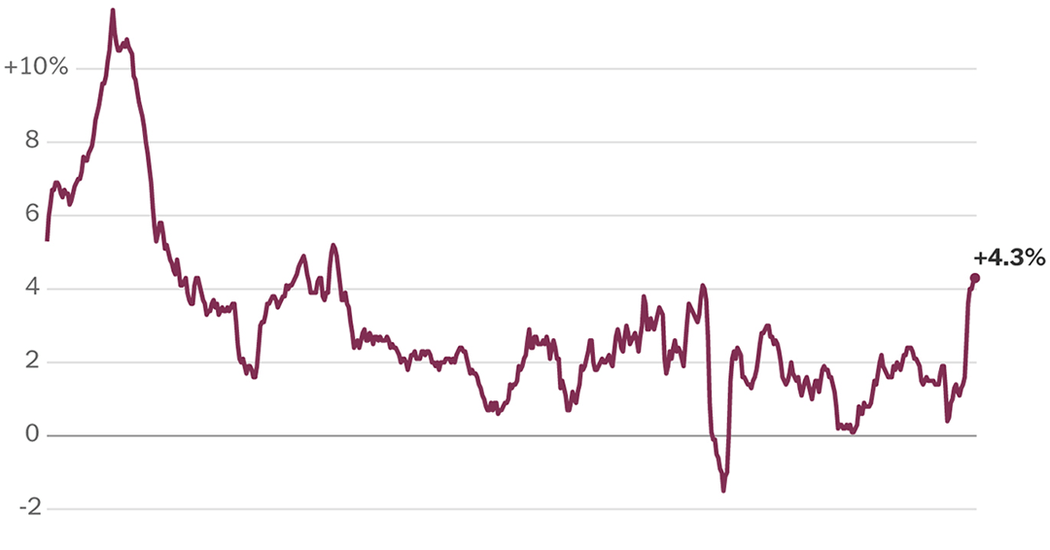