The conventional view in macroeconomics holds that permanent and predictable changes in the rate of inflation are neutral: in the long term, they do not affect real activity.

There was a positive relationship between long-run growth and inflation at low rates of inflation, and a negative one as inflation rose.

Conditions are ripe for productivity to remain elevated for years to come, according to analysts from Goldman Sachs and the McKinsey Global Institute. As policymakers run the economy hot, there’s heavy demand for products and services. There is also a worker shortage, which is forcing companies to innovate even more as they struggle to find enough employees to fill a record 10 million job openings. If a robot can do someone’s job, companies are trying it.
Some economists even say the United States could be on verge of a productivity boom not seen since the late 1990s.
“America used to do a lot more public investment and it used to grow faster. I don’t think that’s a coincidence. It seems like we are reentering an era of public investment,” said professor Erik Brynjolfsson, director of Stanford University’s Digital Economy Lab. He forecasts “a productivity surge that will match or surpass the boom times of the 1990s.”
Worker productivity averaged 3.1 percent from 1996 to 2004, according to Labor Department data, largely due to the personal computing revolution.
Economists have learned that new technological breakthroughs usually don’t cause a jump in productivity right away. The technology needs time to marinate so companies can test how best to deploy it in their industry. Brynjolfsson argues artificial intelligence and machine learning have now simmered long enough to make a dramatic difference. Others are not as convinced. 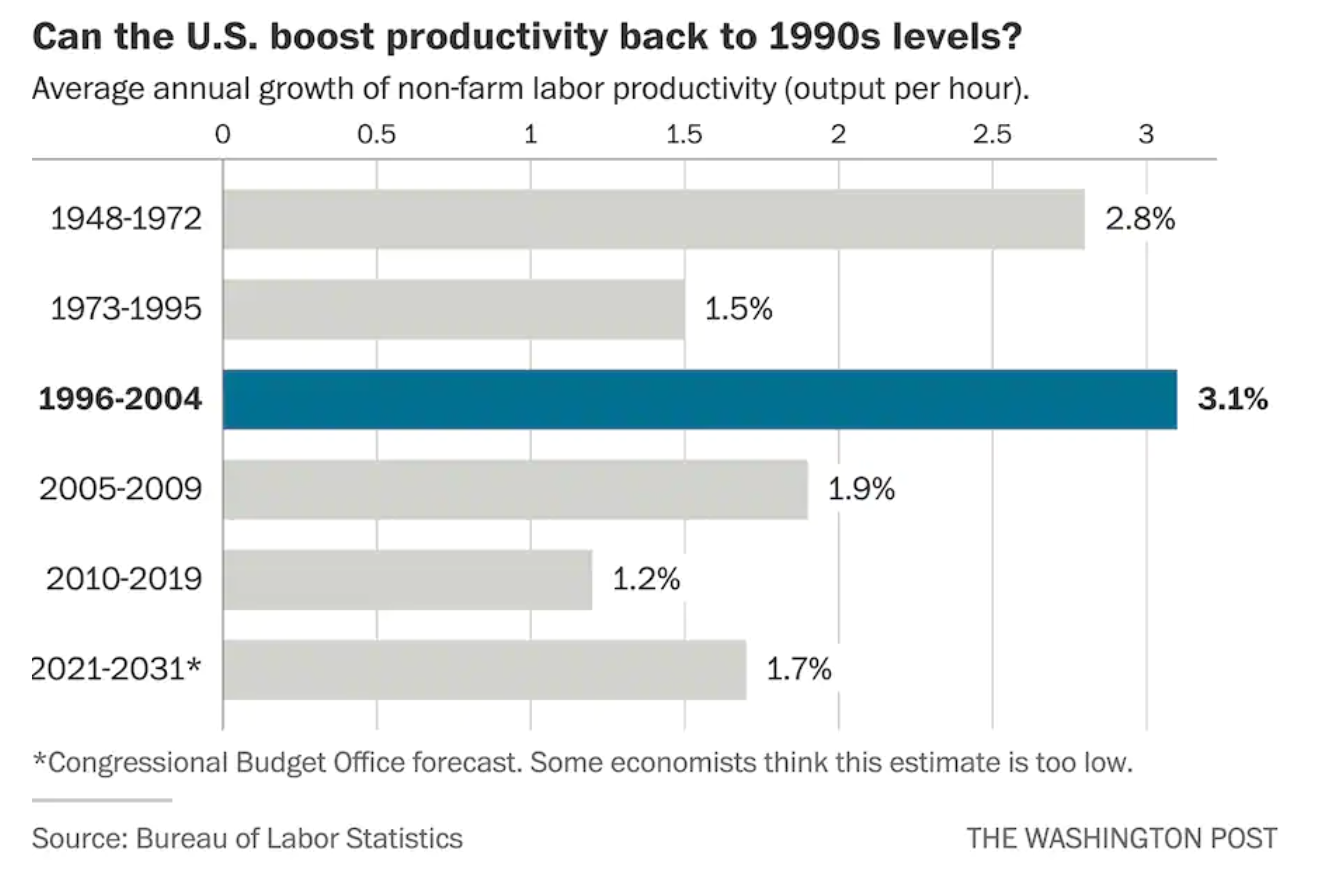 The U.S. could be on the verge of a productivity boom, a game-changer for the economy