Research Category: Customer Traction and Sales Efficiency for LiqTech International, Inc.
Most scrubber-fitted bulkers were delivered in the Panamax sub-sector, that saw 81 units out of 150, equal to a share of 54%, confirming the clear-cut tendency among the newbuilt deliveries that we have seen during the first 11 months of 2020. “It is still worthwhile to mention that 2020 year-to-date average spot market earnings for a scrubber-fitted capesize have exceeded that of a non-scrubber fitted capesize by $2,818 per day (+27%),” said Peter Sand, BIMCO’s Chief Shipping Analyst. When considering the share of scrubber-fitted ships within the large sub-sectors, comprising of capesize, Very Large Ore Carriers (VLOC) and Valemax, that share ranges between 85% and 100%. In just 13 cases out of the 96 ships that burn the most fuel, the shipowner opted for using Very Low Sulfur Fuel Oil (VLSFO), instead of making the scrubber investment. 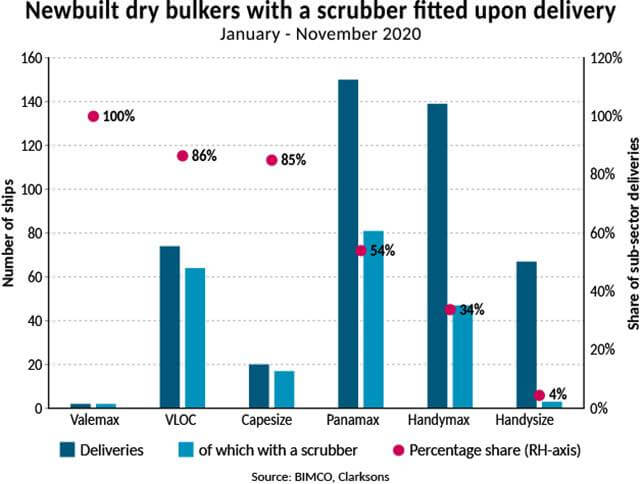 Did You Know?: 47% of all Newbuild Dry Bulkers Sport Scrubbers

The VLSFO-HSFO spread, also known as the "scrubber spread", fell to a record low of $44.21/t on 29 October. The spread reached a record high of $370.50/t on 2 January as the market adjusted to the International Maritime Organization (IMO) sulphur cap and VLSFO supply tightened, but fell sharply as the Covid-19 pandemic emerged. The spread has averaged $65.21/t over the past six months. "Availability of HSFO remains scarce and this lack of liquidity seems to be driving the narrowing of the spread, as storage and barging costs rise for HSFO", one broker said. HSFO cargo supplies have been tightening as refineries cut runs to accommodate weak demand for jet fuel, which has also curtailed production of residual fuels. There is also strong demand for HSFO in Pakistan, Bangladesh and Saudi Arabia, where it is used in power generation. More HSFO cargoes have also been exported from Singapore to China to meet an increase in Chinese demand as more retrofitted vessels come on the market. 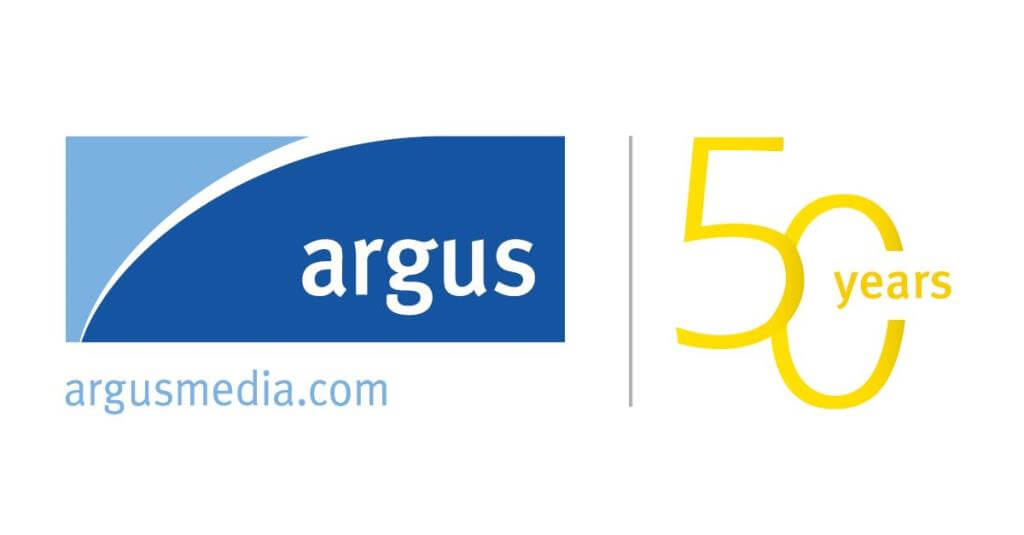 James Waddell, senior global gas analyst at Energy Aspects, said LNG bunkering demand – by all vessel types – could reach nearly 7m tonnes/year (9.52bcm) by 2025. This compared with demand last year of around 1.2m tonnes/year and excluded so-called boil-off gas consumption by LNG carriers. But he noted the rollout of further LNG-fuelled vessels over the coming years was “problematic” due to increasingly strict IMO emissions targets. “If they are not [ordered] by 2025, they may not be used for the final years of their [20-30-year] operational lives,” Waddell said. This meant shipowners may not make a return on their investments. Kjell Eikland, director of Oslo-based Eikland Energy, said a 2025 demand estimate of 7m tonnes/year was “very optimistic”. “The bunker supply fleet active and on order does not make this possible yet,” he said. LNG is one of three IMO 2020-compliant options available to shipowners, with the other two options being high-sulphur fuel oil with “scrubbers” or a compliant oil-based fuel, such as very low-sulphur fuel oil and marine gasoil. Scrubbers – or “exhaust gas cleaning systems” – can be retrofitted to vessels and “clean” the emissions before they are released into the atmosphere.
montelnews.com

A recent report from CE Delft, an independent research and consultancy organization, regarding the climate impact of Exhaust Gas Cleaning (EGC) systems for the marine industry. The study compares the results to the use of low-sulfur marine fuels and is made from a well-to-wake perspective in order to achieve an accurate comparison. The report concludes that the environmental impact of EGCs will be less than that of low-sulfur marine fuel. It notes that CO2 emissions associated with producing and installing an EGC system are small compared to those generated when operating the system. The CO2 emissions are mainly related to the energy demand of the system’s pumps, which typically result in a total increase in CO2 emissions of between 1.5% and 3%. By contrast, with de-sulfurized fuels the overall CO2 footprint increase is a result of the refining processes. Theoretical calculations range from an increase in CO2 emissions of 1% to as much as 25% when removing the sulfur content of the fuel. The report states that while the lower figure is not in fact physically possible, the higher percentage increase is applicable only to a quality of fuel that is too high for marine applications. The conclusion, therefore, is that the CO2 emissions associated with the production of low-sulfur marine fuels will be between these extreme values. 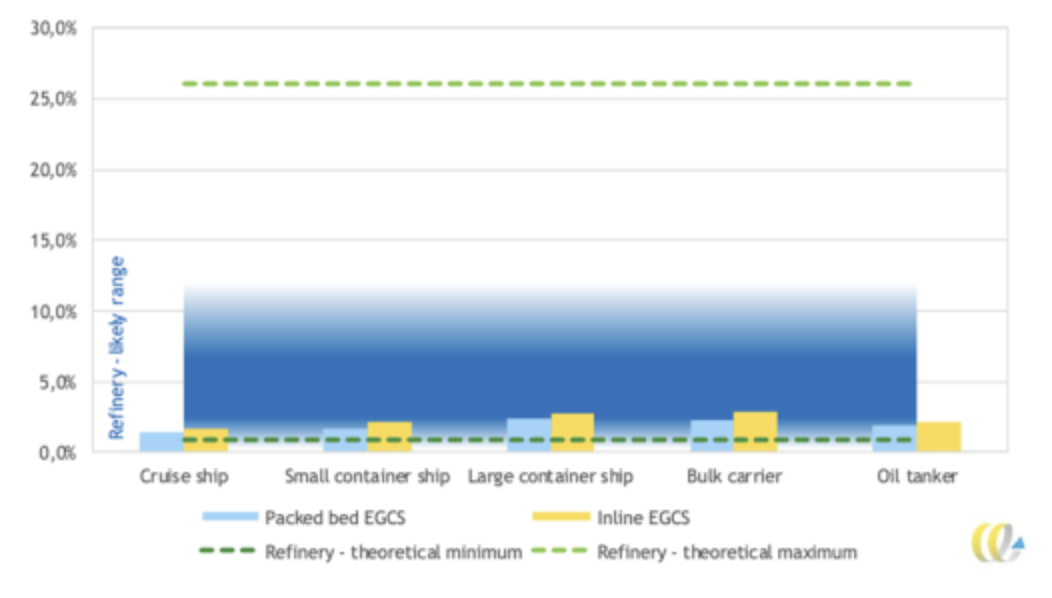 For 1 Community
In January, LiqTech International, Inc. announced the successful installation of a brand new customized furnace for use in the manufacture of the Company's proprietary silicon carbide membrane filters. The new furnace has throughputs that are more than 3x the Company's existing furnaces due to size and efficiency. The installation of this initial new furnace is the first step of a multi-phase process to increase overall capacity with modernized equipment that should also benefit the Company's gross margins. The Company expects to install a second new furnace by February 2020, and two additional new furnaces by June 2020. Upon successful installation of all four, brand new efficient furnaces in June 2020, the Company expects to completely retire its current older, less efficient furnaces. Overall, the Company's manufacturing initiatives are expected to result in total capacity of between $150 and $200 million on an annualized basis by mid-2020.
prnewswire.com